Who Should Choose Justice Scalia's Replacement? 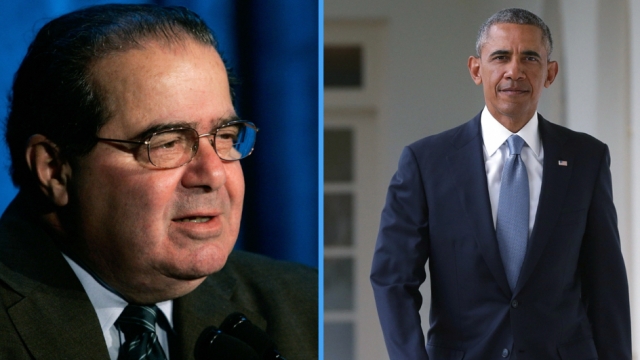 President Obama's announcement to replace the late Supreme Court Justice Antonin Scalia's spot on the bench is causing some controversy.

GOP presidential hopefuls would rather the decision be left until after the election, when there's a possibility a Republican could pick Scalia's replacement, and the Senate majority leader echoed that preference.

Texas Sen. Ted Cruz is threatening to filibuster an Obama-appointed candidate and told ABC: "Let the election decide it. If the Democrats want to replace this nominee, they need to win the election."

The president has encouraged the Senate to not slow the confirmation process when he does offer a nominee.

Obama said in his announcement: "These are responsibilities that I take seriously, as should everyone. They're bigger than any one party. They are about our democracy."

Scalia was a conservative appointed by President Ronald Reagan in 1986. The appointment of a liberal judge would cause the Supreme Court to have a liberal majority.

There's been a lot of speculation about whom Obama will nominate. One name that keeps popping up is Sri Srinivasan.

A 48-year-old Washington, D.C., circuit judge, Srinivasan has been described as a moderate and doesn't really have a background of controversial decisions from his current role.

And there are some highly controversial cases being left behind for the next justice dealing with issues like abortion and illegal immigration, which is likely why Republican politicians want to see another conservative take Scalia's place.

This video includes clips from CBS, ABC, the White House and images from Getty Images, Michael Vadon / CC BY SA 4.0, U.S. Department of Justice and the U.S. Supreme Court.