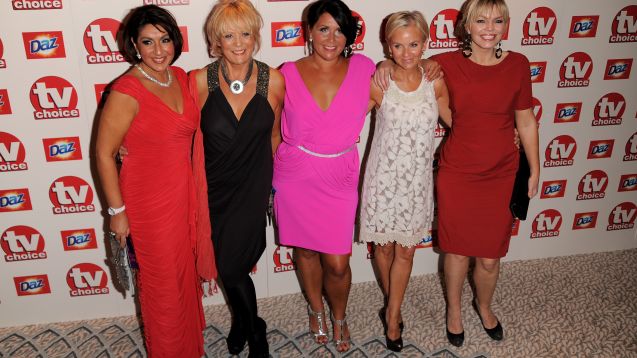 SMS
'Who's To Blame' Rape Poll Draws Online Outrage
By Katie Link
By Katie Link
September 1, 2015
A British talk show faces backlash after posting a poll about whether rape is ever the fault of the victim.
SHOW TRANSCRIPT

Viewer interaction is usually a positive thing for TV shows. But not in this case. (Video via ITV)

The hosts of ITV's "Loose Women," an all-female talk show debating hot-button issues, asked viewers to respond to a poll on their website about whether a woman is ever at fault if she's raped.

A comment from rock star Chrissie Hynde prompted the poll. She told The Sunday Times that she blames herself for being threatened to perform sexual acts.

But the Internet backlash was quick and decisive — folks on social media weren't exactly happy with the poll.

One person tweeted this in response: "Dear the person who runs this Twitter account. How can you look at yourself in the mirror?"

Another told "Loose Women" to take it down immediately, calling the question "entirely unacceptable."

Emily Cope wrote on Facebook, "Is this question a sick joke? Shame on you ITV. Although I expect nothing less from this pathetic programme."

The poll has since closed, and results reflected the harsh backlash. Nearly 88 percent of voters say rape is never a woman's fault.

According to The Guardian, rape reports increased by 31 percent in England and Wales in the past year.

The talk show has had issues over discussing rape in the past. In 2014 host Judy Finnigan faced heat for appearing to defend a convicted rapist. She eventually apologized via social media. (Video via ITV)