Who's To Blame For The Celeb Photo Hack? 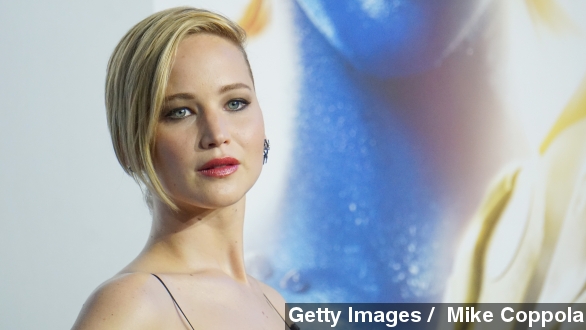 SMS
Who's To Blame For The Celeb Photo Hack?

By Adam Falk
September 2, 2014
Both the FBI and Apple are looking into who was behind the hack that led to leaked nude images of A-list celebrities over the weekend.
SHOW TRANSCRIPT

​Both the FBI and Apple are now responding to the high-profile hack over the weekend. Nude photos and videos of Hollywood A-Listers including Jennifer Lawrence and Kate Upton were stolen and posted online.

This is a significant update because there had been reports indicating a bug in the company's Find My iPhone feature was to blame.

​We do know Apple fixed that bug Monday, which hardly seemed like coincidental timing.

The bug allowed for a potential hacker to continuously try passwords until gaining access to a user's iCloud account.

Regardless, the global head of security research for Sophos told The Wall Street Journal, "That really isn't acceptable for a large company like Apple, in this day and age, to have that kind of mistake in a cloud service."

But with Apple denying a "systems breach," we still don't know exactly how the photos were obtained.

But hold up. Where exactly is the blame being placed?

The Huffington Post very clearly writes it's not Lawrence's fault. HuffPo's not buying argument that "the women somehow 'had it coming' for daring to pose nude."

That sentiment is being echoed by other celebs, including Lena Dunham, who tweeted, "The 'don't take naked pics if you don't want them online' argument is the 'she was wearing a short skirt' of the web. Ugh."

The Verge says it's time to place blame on "a bunch of anonymous guys on the internet."

No, it's not just talking about the actual hackers who posted the photos.

The Verge is referring to "the jerks who inflamed this spectacle, the ones who shared the photos and poked the victims publicly."

Which has caused some celebs to get offline. Actress Mary Winstead, who was also targeted in the hack, says she's now taking an "internet break."

As for whoever hacked these accounts, they'll likely be punished.

ABC reminds us: "Remember 2012, there was a case where someone had improperly and illegally accessed the emails of Scarlett Johansson and Christina Aguilera. He's serving 10 years."

Reports indicate representatives for both Lawrence and Upton have said they plan to prosecute anyone posting these private photos.