Who's Better At Resettling Refugees: Canada Or The US? 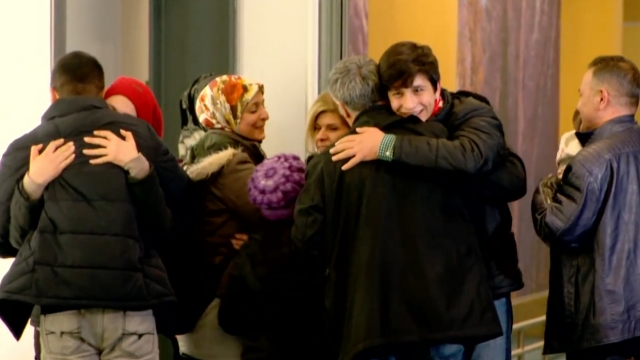 SMS
Who's Better At Resettling Refugees: Canada Or The US?
By Melissa Prax
By Melissa Prax
March 16, 2016
Canada and the U.S. might vet refugees similarly, but there are differences in the systems, especially in how refugees are handled after they arrive.
SHOW TRANSCRIPT

When it comes to Syrian refugees, Canada doesn't just accept more than the U.S., it may be better at integrating them, too.

A Syrian refugee told Al Jazeera: "There is a war. We scared from bombs and explosion, from everything. No future."

Both countries' vetting processes are similar and provide refugees with assistance, like financial and medical support along with language classes.

But the big difference is how long the refugees get to integrate. The U.S. gives refugees three months before they have to find a job. Canada gives them a year.

A Syrian refugee told Voice of America, "The bus come, and daddy doesn't know where it got to go."

Also, because Canada has more government-sponsored programs like health care for its nationals than the U.S., incoming Syrian refugees can benefit from those programs.