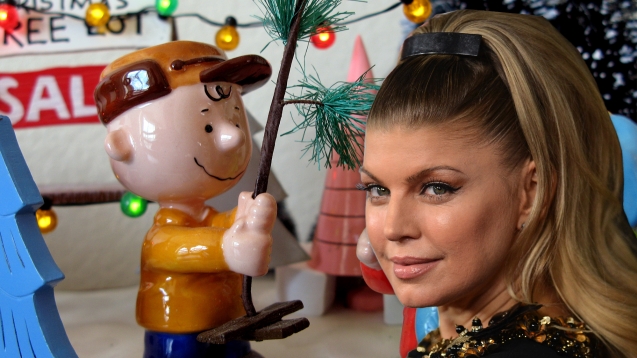 A Christmas classic has turned 50.

Charlie Brown and his Peanuts gang first decked the halls and gave advice for a nickel in "A Charlie Brown Christmas" in 1965.

So we're going to celebrate with some fun facts about the show.

Though Kathy Steinberg voiced Sally Brown in the Christmas classic, a pop artist voiced her in the '80s.

We know her as a big girl who doesn't cry, but how about a little blonde who pesters her big brother?

Fergie herself voiced Sally Brown in some '80s TV specials and "The Charlie Brown and Snoopy Show."

And here's a shocker: The movie "A Charlie Brown Christmas" almost didn't happen.

The executive producer of the film told Pop Matters the CBS execs weren't in love with it and only promised to play it once.

"I thought we had ruined Charlie Brown forever when it was done," he said.

Another surprising tidbit: Even though there's memorable jazz in the movie — like so memorable it's in the Library of Congress' National Recording Registry — the creator of Charlie Brown, Charles Schulz, wasn't a fan of jazz.

And you know that famous scene at the end when Linus recites the Bible? Yeah, it was almost axed.

"For behold, I bring you tidings of great joy ... in the city of David, which is Christ, the Lord," Linus reads.

ABC played the movie Monday in celebration of its 50-year anniversary. It has held the rights to the movie since 2001.