Who Is FKA Twigs? 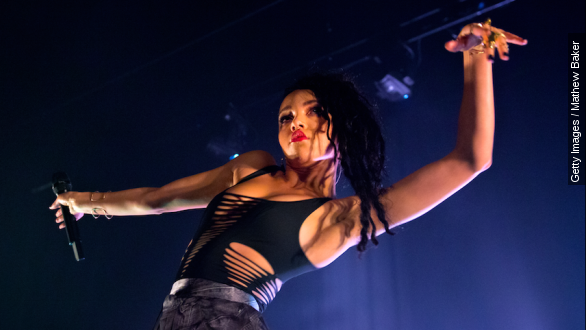 Who is FKA twigs?

Her real name is Tahliah Debrett Barnett and her stage name stands for Formerly Known As “twigs” — a nickname.

Aside from being Robert Pattinson’s fiancée, twigs is a British, singer, songwriter, producer, etc. (Video via FKA twigs)

“By combining ethereal sounds with sometime intense visuals and an amazing performance, she’s a woman who has brought a singular vision to the music world and is rightly getting the attention she deserves.”

She has released two EP’s and one studio album titled: “LP1.”

“I made a lot of the synths by reversing, tuning and effecting hi hats and then making notes out of them and them playing them and layering them with other percussive instruments,” twigs said.

Hip hop and R&B artist T-Pain credits her with changing his “whole perspective on the music industry.” (Video via NPR)

“Me and my manager, we have a joke and we call T Pain ‘Uncle T Pain.’ … I can call him and speak to ‘Uncle T Pain’ and then he can give me advice and stuff,” twigs said.

FKA twigs is also a dancer and has appeared in videos for artists like Kylie Minogue, Ed Sheeran and Jessie J.

In a 2014 interview with Pitchfork, she touched on just how busy she was as a dancer, saying, “There was a period of about two years where I danced for everyone … It got to the point where my fees were double the other girls’, and I wouldn't even have to audition.”

“I just really enjoy making things and I really enjoy being inspired by people and inspiring people and just, kind of, working on new projects and, I’ve said it before, being the best artist I can be,” twigs told KEXP.

This video includes images from Getty Images and music from Skill Borrower / CC BY NC Sampling Plus 1.0.