WHO: 1.1 Billion At Risk Of Hearing Loss, Will They Listen? 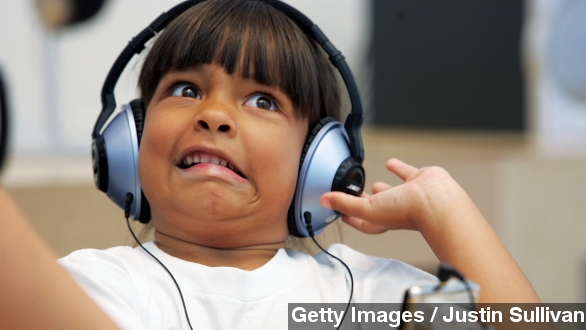 SMS
WHO: 1.1 Billion At Risk Of Hearing Loss, Will They Listen?
By Mikah Sargent
By Mikah Sargent
March 2, 2015
According to the World Health Organization, 1.1 billion young people are at risk of hearing loss. Can this staggering number change things?
SHOW TRANSCRIPT

The World Health Organization has placed a staggering number on the whole “you’re ruining your ears with that loud music” warning.

The number? 1.1 billion. That’s the number of teens and young adults at risk of hearing loss.

The organization pulled data from studies in several countries around the world and found nearly half of people between the ages of 12 and 35 are exposed to unsafe sound levels from devices like headphones and earbuds.

And about 40 percent are risking their hearing while attending harmfully loud concerts and nightclubs. (Video via YG Entertainment / Psy)

The report says unsafe sound levels depend on multiple factors, but it gives a few examples. You start to risk hearing loss if you spend eight hours or more listening to sound levels above 85 dB (comparable to a running blender). (Video via Vitamix)

Bump that level up to 100 dB (the sound of a running lawn mower), and it only takes 15 minutes before things start to get dangerous for your hearing. (Video via YouTube / SmallEngineTech95)

A doctor with the World Health Organization explains why it’s important to play it safe with your hearing, warning, "once you lose your hearing, it won’t come back. Taking simple preventive actions will allow people to continue to enjoy themselves without putting their hearing at risk."

So what can we do to keep our hearing sharp and intact for years to come? The same thing that’s always been suggested: turn down the volume, limit listening, visit the ear doctor, etc.

The problem with these suggestions — and the warning as a whole — is that teens and young adults have been cautioned to turn down the volume for years.

And yet, according to the World Health Organization, half of the 360 million people with “moderate to profound hearing loss” could have avoided it. Clearly the message isn’t getting through.

An audiologist quoted by the Australian Broadcasting Commission says advancements in technology might be to blame.

"In the past you had to turn your stereo up so the whole family was affected and [they would] say 'turn the stereo down.'"

Now we’re able to listen to music through personal headphones, earphones and in-earphones, so families aren’t listening in. And as the devices get closer to the sensitive parts of our inner-ear, the risk of damage goes up. (Video via YouTube / Sensaphonics)

The World Health Organization recommends listening at 60 percent the maximum volume of your device, and limiting “use of personal audio devices” to one hour per day. That’s bound to be an unpopular suggestion, given Americans alone listen to music for an average of more than four hours each day.

It also says concert venues should limit sound to safe levels. But we’ve got to say, it’s pretty difficult to imagine a concert where the music’s only as loud as a lawn mower. (Video via Black Hole Recordings / Andain)

Short of making a change through government regulation of audio listening — another recommendation by the organization — this latest report might just end up becoming part of the noise.

This video includes images from Getty Images and Rodrigo Senna / CC BY 2.0 and music from Lee Rosevere / CC BY NC 4.0.