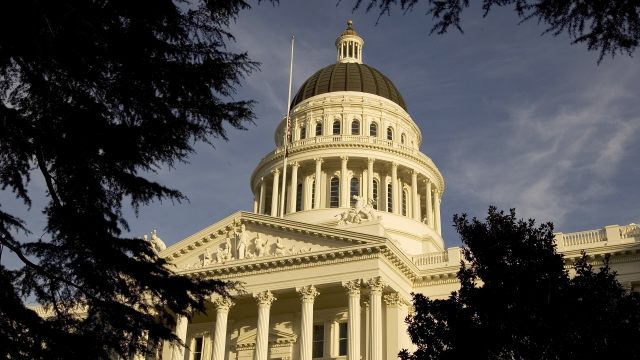 The Sacramento Fire Department said 10 people were injured after a brawl broke out in front of the California Capitol.

The Traditionalist Worker Party, a white nationalist group, held a rally to protest globalization Sunday afternoon. But the protesters were vastly outnumbered by an estimated 400 counter-protesters.

Ten people were injured, and at least five people were hospitalized with stab wounds following the melee. Two of the injuries were life-threatening, and no arrests were reported.

We don't know which group the injured protesters represented, but it appears the counter-protesters received the brunt of the injuries. Still, the anti-fascist group is calling its day a success after the California Highway Patrol canceled the original demonstration.

This video includes images from Getty Images and clips from The Sacramento Bee, KXTV, KTXL and KOVR.