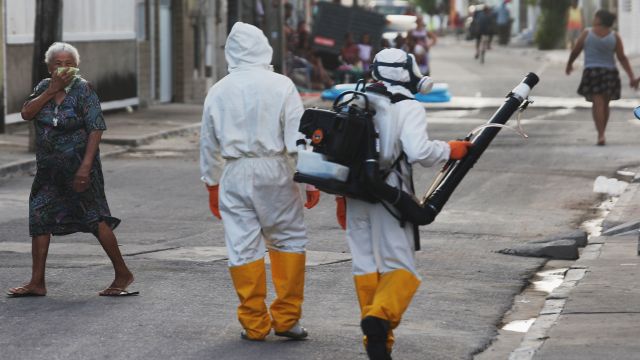 The White House is still petitioning Congress for about $1.8 billion to fight the Zika virus. But for the moment, the administration has a temporary workaround.

Officials from several departments have agreed to redirect $589 million from other initiatives to combat the spread of Zika. The bulk of that money — $510 million — will come from funds set aside to deal with the Ebola crisis.

Right now, Zika is more of an immediate threat to the U.S. than Ebola. There are more than 660 confirmed cases in U.S. states and territories, according to the U.S. Department of Health and Human Services. The virus is a risk mainly because of its link to severe birth defects.

But HHS director Sylvia Burwell emphasized that fighting Zika shouldn't come at the expense of the Ebola response: The virus is still a concern in West Africa.

In any case, the redirected money is still only a temporary solution. The administration is concerned that without further funding from Congress, vital anti-Zika initiatives, like mosquito control and transmission education, will go unfunded.