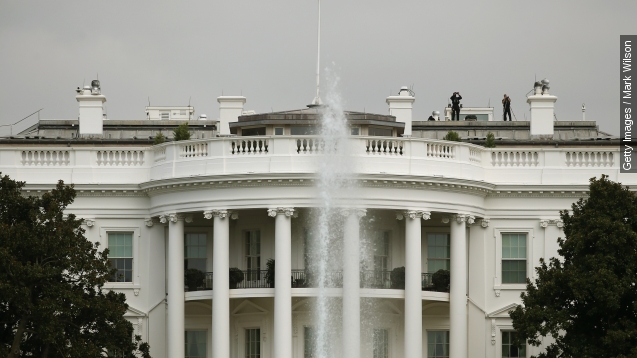 SMS
White House Briefly On Lockdown After Drone Incident
By Kate Grumke
By Kate Grumke
May 14, 2015
The Secret Service detained a man in connection with flying an unmanned aerial device near the White House. The building was locked down.
SHOW TRANSCRIPT

The White House was on lockdown Thursday afternoon and traffic was shut down after someone tried to fly an unmanned aircraft near the grounds, according to multiple sources.

A senior official told ABC the Secret Service detained a man in connection with flying a drone in Lafayette Square near the White House. The aircraft reportedly never crossed the north fence of the White House.