White Cars Are More Popular Than Ever 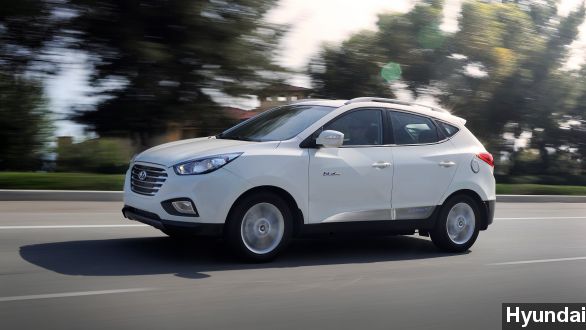 SMS
White Cars Are More Popular Than Ever

By Lauren Zima
December 8, 2014
According to PPG’s annual look at car colors, white cars are more popular than ever in the U.S. and worldwide, and have grown their lead.
SHOW TRANSCRIPT

Looks like American drivers are deep in a whiteout. Again this year, white is the top car color, and for 2014 the color grew its lead over other car colors. (Video from Volkswagen)

This is according to paint supplier PPG, which conducts an annual survey.

In 2011, white became the most popular car color in the U.S., beating silver, which had topped in popularity for about a decade.

Now white is also winning worldwide, according to the study — 28 percent of cars are white, and that's up 3 percent from last year. Black cars placed second. Silver or gray were in third.

Car companies make color selections for their models a few years in advance, so studies like this help them stay ahead of trends.

According to the study, the future is about natural tones like copper, with — believe it or not — brown growing in popularity in the U.S.

Metal tones like bronze, pewter and rose gold are also expected to become popular after becoming trendy in fashion and jewelry.

And just like with your new TV, companies are trying to bring more so-called "high-definition" colors to their cars — deeper, richer colors.

But, why the popularity in white? Well, about 25 percent of luxury cars in 2014 were white, so maybe people think white gives a more expensive feel? Or maybe they're like Matthew McConaughey in that Lincoln commercial. (Video from Jaguar)

"Didn't do it to make a statement. I just liked it."

This video includes images from Tesla, Toyota and Nissan.