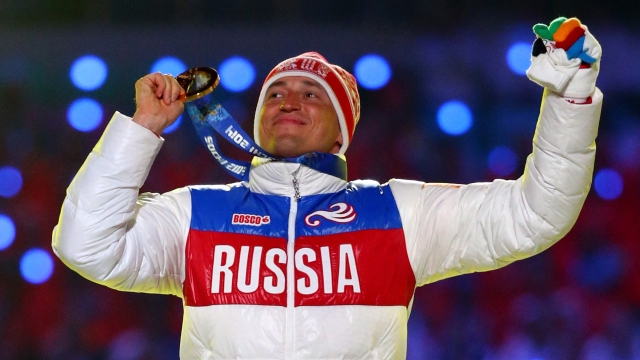 Russian athletics has been under scrutiny since the World Anti-Doping Agency found evidence of widespread cheating at international competitions. Now, the architect of that doping program revealed the use of performance-enhancing drugs may have gone further than we thought.

Rodchenkov, an expert in performance-enhancing drugs, says he designed a drug cocktail to help athletes recover more quickly from training sessions or competition, so they’d be in better shape for later rounds of the Olympic Games.

He provided emails to the Times that detail Russia’s doping efforts. He even has a spreadsheet naming each athlete involved. Russia's sports minister called the article an "attack on Russian sport."

Rodchenkov described in detail how he and Russian intelligence agents would break into the official testing lab late at night. An agent would somehow open the supposedly tamper-proof bottles with tainted urine samples of Russian athletes so they could be emptied and replaced with clean urine.

He described the operation as "equipped, knowledgeable, experienced and perfectly prepared for Sochi like never before. It was working like a Swiss watch."

And it worked well for the athletes. Russia won the most medals in 2014, after finishing sixth in the medal count in the 2010 Vancouver Games. According to Rodchenkov's spreadsheet, at least 15 medal winners were part of the doping program.

In 2015, the World Anti-Doping Agency recommended the International Olympic Committee ban Russia from the Olympics until it starts complying with anti-doping regulations. Next month, track and field's governing body will decide if Russia can compete at the Rio Games in August. This new revelation certainly doesn't help its chances.

This video includes clips from NBC Sports and images from Getty Images.