Which State Brought Home The Most Olympic Medals From Rio? 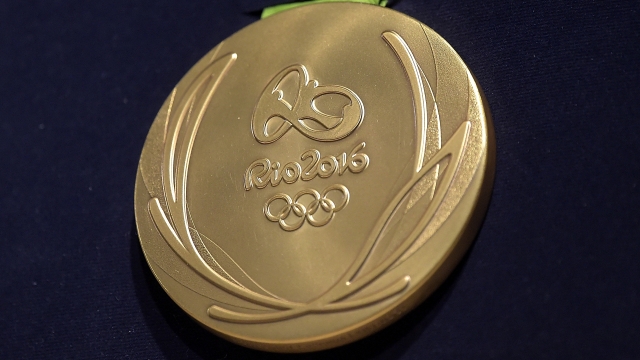 SMS
Which State Brought Home The Most Olympic Medals From Rio?
By Katherine Biek
By Katherine Biek
August 19, 2016
American athletes from 39 states and the District of Columbia won an Olympic medal in Rio.
SHOW TRANSCRIPT

When it comes to the Olympic medal count, the U.S. finished well ahead of any other country in Rio de Janeiro.

But what happens when we take a look at the states where these medal-winning American athletes were born?

SEE MORE: Winning That Olympic Medal Is Amazing, But It'll Cost You

Lady Liberty in New York is probably proudly holding that torch high because her state has the second-most medals, with 18.

Also with 15 medals overall is Texas.

Swimmer Simone Manuel, who was born in Sugar Land, became the first African-American woman to win gold in an individual Olympic swimming event. She won four medals in all.

Maryland can credit six of its 13 total medals to the "Baltimore Bullet," aka Michael Phelps.

Besides being the birthplace of the most decorated Olympian of all time, Maryland is also where wrestling star Helen Maroulis was born. In Rio, she won Team USA's first-ever gold in women's wrestling.

Next is Florida, which won 12 medals, in part thanks to track star Brianna Rollins and equestrian Allison Brock.

Five of Ohio's 11 medals belong to gymnast Simone Biles, who earned four golds and a bronze during her amazing string of performances in Rio.

In total, athletes from 39 states and Washington, D.C., have earned medals at this year's Olympics.