Where The GOP Field Stands On Weed 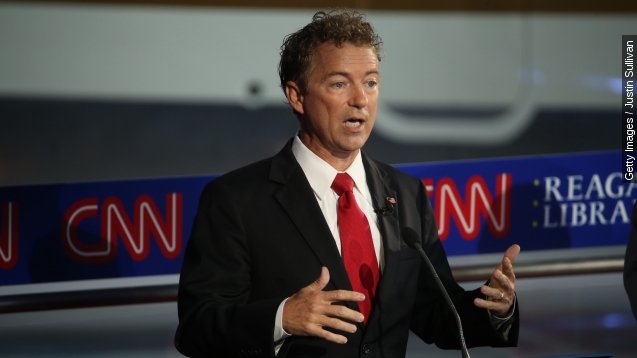 "So 40 years ago, I smoked marijuana, and I admit it. I'm sure that other people might have done it, but wouldn't want to say it in front of 25 million people. My mom's not happy that I just did," he said at CNN's Republican presidential debate Wednesday night. Despite the admission though, he doesn't support legalization.

New Jersey Governor Chris Christie, on the other hand, supports medical marijuana, but not recreational use.

Carly Fiorina, who has spoken out against both recreational and medical marijuana, made the issue personal.

Kentucky Senator Rand Paul might be the most outspoken on the pot debate. He wants states to be free to make the choice without federal involvement, and he's called for sentencing reform.

"The people who are going to jail for this are poor people, often African Americans and often Hispanics. And yet the rich kids who use drugs aren't. I personally think that this is a crime for which the only victim is the individual, and I think America has to take a different attitude," he said Wednesday.

According to Pew Research Center, 53 percent of Americans support legalizing marijuana, but only 39 percent of Republicans do.