Where Some Failed In TV Streaming, Apple Could Thrive 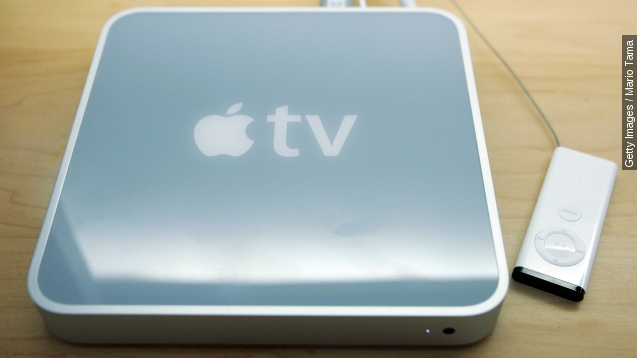 SMS
Where Some Failed In TV Streaming, Apple Could Thrive
By Katie Link
By Katie Link
July 14, 2015
Apple is reportedly closer to having a TV streaming service, and the network media giants are on board.
SHOW TRANSCRIPT

Anything you can do, Apple can do better. Yeah, we've seen that one play out time and time again. (Video via Apple)

This time, it's in the name of a streaming service offering live local TV feeds.

If the tech giant gets its way, this could be the end of cable TV as we know it. But we've been here before. A different media company tried to do something similar last year but was stopped.

Aereo assigned tiny antennas to subscribers. When subscribers logged in on Web-enabled TVs or mobile devices, they could watch or record live TV. It all came at a much cheaper price than regular cable — $8 a month.

But major networks united to shut down the media startup company as soon as it got off the ground. Talk about a bad day for Aereo founder and CEO Chet Kanojia.

Kanojia said in a statement the ruling was "a massive setback for the American consumer." He later wrote a letter to consumers saying: "We encountered significant challenges from the incumbent media companies. ... Accordingly, today, we filed for Chapter 11 reorganization proceedings."

Will history repeat itself with this new Apple product? We're thinking no. Here's why.

Apple CEO Tim Cook and his team are playing by the networks' rules. He approached ABC, CBS and Fox and asked them to obtain the rights of their affiliate feeds. It appears they're complying.

According to New York Post, "Affiliate groups such as Tribune and Sinclair are being told by the networks that if they opt in and are offered their feeds, they will be able to share in the added revenue the Apple streaming product will produce."

Apple hasn't landed on a price for the service, but The Wall Street Journal estimates it will be between $30 and $40 per month for the "slim" 25-channel bundle. Execs hope to have it on the market by late fall.