Where Are All The RNC Trump Protesters? We Asked An Organizer 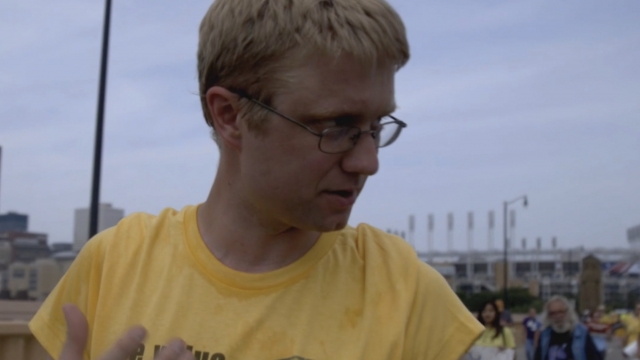 SMS
Where Are All The RNC Trump Protesters? We Asked An Organizer
By Zach Toombs
By Zach Toombs
July 21, 2016
The planned anti-Trump protests at the RNC have often been attended by more members of the media than actual protesters. Where is everyone?
SHOW TRANSCRIPT

On Thursday afternoon, Stand Together Against Trump marched in Cleveland. It was one of the largest anti-Trump protests at the Republican National Convention, but it still only saw a few hundred show up instead of the thousands it was permitted for. We asked one of the organizers why the large, expected protest crowds never materialized.