When You Lose Weight, This Is Where The Fat Goes 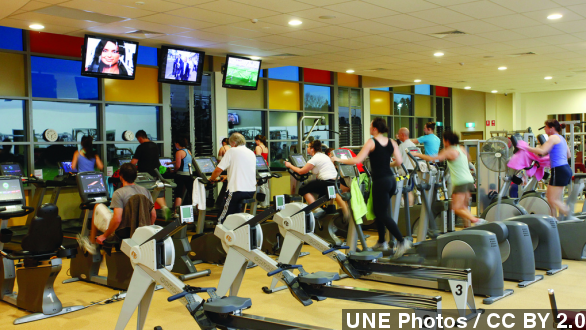 In what seems too good to be true, a new study says the key to losing weight is something you already do every day. In fact, you're doing it right now.

All it takes is a little of this inhale, exhale action. Researchers at the University of New South Wales in Australia say breathing is how you can shed those extra pounds. (Video via Animated Biomedical)

They set out to answer the question, when you lose weight, where does it go? (Video via YouTube / davidlloydleisure)

You see, scientists have known for some time that the excess carbs and proteins you consume are converted into a fat called triglycerides. It's a mix of three kinds of atoms — carbon, hydrogen and oxygen.

What they didn't know is what happens to that fat when it's burned off during activity. The common assumption was that it converts to heat or energy. But these researchers say that's not the case. (Video via BiProUSA)

But don't cancel that gym membership just yet — the more you exercise, the more carbon dioxide you'll lose.

In case you weren't convinced, the study found a 154-pound person who is just sitting around exhales about 8.9 mg of carbon with every breath. But if that same person is exercising, he or she can lose an extra 40 g of carbon from the body.

So really, this study only confirms what we already knew. If you want to lose weight, eat less, move more. As the authors of the study put it: "None of this biochemistry is new, but for unknown reasons it seems nobody has thought of performing these calculations before."

The researchers are clear on one thing: Simply breathing really fast will only cause you to hyperventilate. For more on what not to do, check out the Christmas edition of the British Medical Journal.