When Will We Take Security Experts Seriously On Encryption? 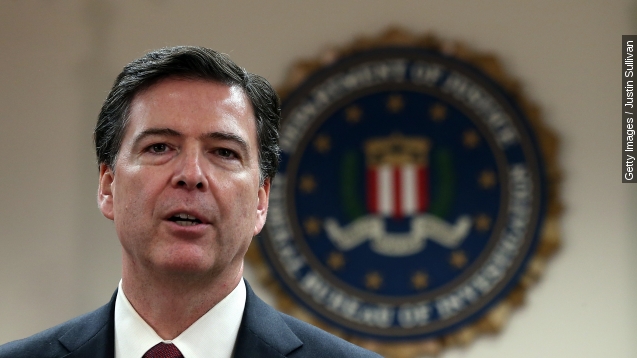 The fight for public access to strong cryptography got a shot in the arm this week, thanks to a new letter from a crypto nerd A-list at MIT.

Security experts and computer scientists from MIT's Computer Science and Artificial Intelligence Laboratory, or CSAIL, say we need to be very careful with any new restrictions on today's fast-moving Internet. (Video via MITCSAIL)

"The damage that could be caused by law enforcement exceptional access requirements would be even greater today than it would have been 20 years ago," the authors wrote.

The writers are referencing the so-called Crypto Wars, or the waves of resistance to government regulation on encryption during the early 1990s.

This was back when the government considered the RSA encryption standard an export-restricted munition, and watered down that and other standards in the interest of maintaining national security.

The government eventually backed off the restrictions in the face of sustained pressure from security researchers, the public and the commercial sector. (Video via C-SPAN)

This week's letter is one of the best-credentialed endorsements for encryption standards since, and its timing is no accident.

CSAIL released its paper just a day before FBI Director James Comey is set to go before a Senate panel in Washington to make the case for federal backdoors. (Video via The Brookings Institution)

In a post on the Lawfare blog ahead of the meeting, he wrote: "My job is to try to keep people safe. In universal strong encryption, I see something that is with us already and growing every day that will inexorably affect my ability to do that job."

But there's already pushback from within the legislative branch and elsewhere, just as there was when this last came up, curing the Crypto Wars.

Just Security's Kevin Bankston writes, "All five members of President Obama’s handpicked Review Group on Intelligence and Communications Technologies, UN human rights experts, and a majority of the House of Representatives all agree: Government-mandated backdoors are a bad idea."

Add to that a recent history of tech companies digging in to support stronger encryption. (Video via Bloomberg)

"People have entrusted us with their most personal and private information. We owe them nothing less than the best protections that we can possibly provide," Apple CEO Tim Cook said in February. (Video via The White House)

In other words, Comey looks to have his work cut out for him. The Wall Street Journal notes there are no specific proposals, nor any real White House support on the table for backdoors — but CSAIL's letter probably can't hurt. (Video via The White House)

This video includes images from Getty Images and Adam Back / CC0.