When Should You Get A Mammogram? Depends Whom You Ask 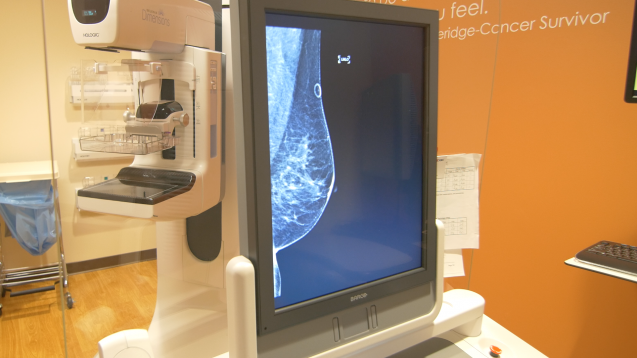 SMS
When Should You Get A Mammogram? Depends Whom You Ask
By Katie Link
By Katie Link
October 20, 2015
The American Cancer Society released new guidelines for yearly mammograms. It now recommends women wait until age 45 to start annual checks.
SHOW TRANSCRIPT

The American Cancer Society bumped up the recommended age for women to start having regular mammograms Tuesday — from 40 to 45.

In addition, ACS recommends women start having a mammogram every other year after age 55 rather than every year.

These revised guidelines come more than a decade after the ACS last updated recommendations. Doctors say new research has illuminated the potential downsides of screenings.

A family physician told CBS News the recommendations are meant to save lives but also minimize harms like "false positives, needle biopsies and emotional factors a woman might experience."

Frankly, some people are pretty upset about the change.

Giuliana Rancic posted this on Instagram. She writes: "This breaking news headline on CNN is making my head spin. If I had taken that advice, I wouldn't have found my breast cancer at 36 and instead have found it NINE years later."

"There is not agreement at all around this, and one of the big problems is that the studies that the American Cancer Society and others have looked at are of film mammograms, and practically no one does those anymore," CNN senior medical correspondent Elizabeth Cohen said.

A doctor told NBC News, "This is one more set of recommendations that will be confusing to women and their primary care providers."

And there certainly is a difference of opinion out there to confuse people. Three major players — the American College of Obstetricians and Gynecologists, the U.S. Preventive Services Task Force and the American Cancer Society — all recommend starting regular mammograms at different ages.