When Rocks Aren't Rocks Because They're Actually A Pile Of Crabs 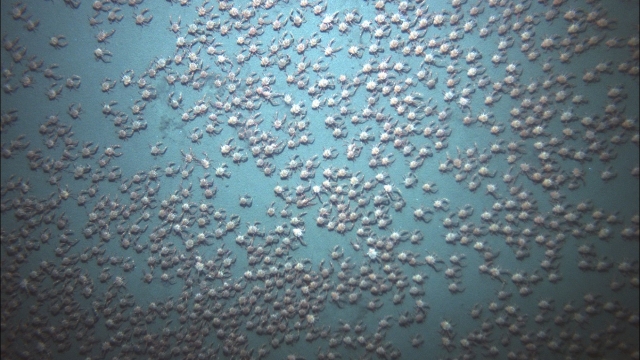 SMS
When Rocks Aren't Rocks Because They're Actually A Pile Of Crabs
By Mikah Sargent
By Mikah Sargent
April 12, 2016
Researchers were surprised to find a giant cast of crabs off the coast of Panama, because this is the first time they've been found so far south.
SHOW TRANSCRIPT

A group of researchers were studying biodiversity off the coast of Panama when they came across an unfamiliar, murky cloud.

"When we dove down in the submarine, we noticed the water became murkier as we got closer to the bottom. ... We just saw this cloud but had no idea what was causing it," said Jesús Pineda, lead author of the study.

They thought they were looking at sedimentary rocks at first — that is, until the "rocks" started moving.

The researchers had discovered a giant cast of red crabs walking along the seafloor.

It came as a surprise for the group, because the red crab species had never been seen so far south: "To find a species at the extreme of their range and to be so abundant is very unusual," Pineda said.

The researchers say the discovery shows just how unpredictable and mysterious seamounts — undersea mountains — can be.

We've studied less than 1 percent of that area.