When Owls Bob Their Heads, They're Not Trying To Be Creepy 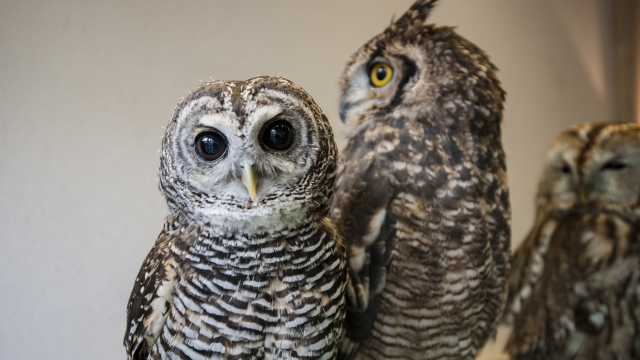 SMS
When Owls Bob Their Heads, They're Not Trying To Be Creepy
By Ben Lawson
By Ben Lawson
February 2, 2016
Part of the reason owls bob their heads so often is because their eyes are stuck in a fixed position, but there's more to it than just that.
SHOW TRANSCRIPT

Have you ever wondered if owls are just naturally creepy or if they're intentionally trying to weird us out with the way they move their heads?

"All of these varied head movements help the owl judge the position and distance of things around it, essentially to triangulate on objects," said Mary McCann.

Owls' eyes are actually in a fixed position, so all those odd head motions help them see their surroundings better. But this isn't exactly a new discovery. (Video via International Owl Center)

But owls aren't the only birds that do this. Falcons, hawks and other species frequently bob their heads to gauge how far away their prey is. See? Not so weird after all.