When Donald Trump Was A Liberal 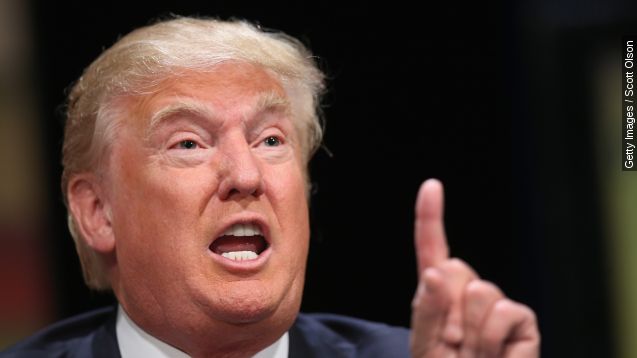 SMS
When Donald Trump Was A Liberal
By Zach Toombs
By Zach Toombs
August 5, 2015
Trump's opponents have plenty of choices for questioning the mogul's conservative principles.
SHOW TRANSCRIPT

"Well, I'm very pro-life and feel strongly about it."

... there was Donald Trump, the Liberal.

"I am very pro-choice," Trump told NBC in 1999. "I have the concept of abortion. But I still just believe in choice."

"Liberal on health care. We have to take care of people that are sick," Trump said. "I love universal (health coverage)."

He also proposed taxing the wealthy.

"I've known her and her husband for years, and I really like them both a lot," Trump said. "I think she works hard, and I think she does a good job. And I like her."

And you can bet Trump's former views will come up in debates.