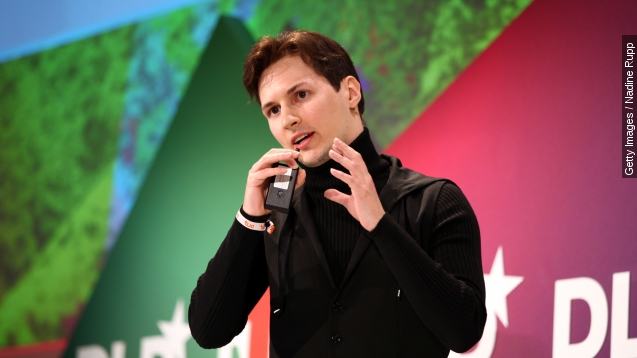 Telegram, an encrypted messaging app, has banned dozens of accounts believed to belong to ISIS members.

This comes after the terror group used the app to claim responsibility for last week's terrorist attacks in Paris.

But the fact that terror groups use the app is well known. Two months before the attacks in Paris, Telegram founder Pavel Durov was confronted about that during a TechCrunch panel.

"Do you sleep well at night knowing terrorists use your platform?" asked a moderator.

Other services that appear to be private and anonymous have offered up information to authorities after tragedies or violent threats.

It happened recently with the anonymous messaging app Yik Yak. The app handed over information to authorities after two men made violent threats against protesters at the University of Missouri. (Video via Yik Yak)

Now, Telegram has reinterpreted its policy as well and is kind of playing dumb about terrorist groups using the app. The company's statement reads, "We were disturbed to learn that Telegram's public channels were being used by ISIS to spread their propaganda." (Video via DLD)

On top of Durov's comments at the TechCrunch panel, last month's report from the Middle East Media Research Institute warns that the platform could become a "fertile and secure area for jihad-related activites."

So Durov and Telegram had plenty of warnings about how the app was being used. The only new development is the spotlight the Paris attacks have put on the service.