What Young Parisians Want The World To Know 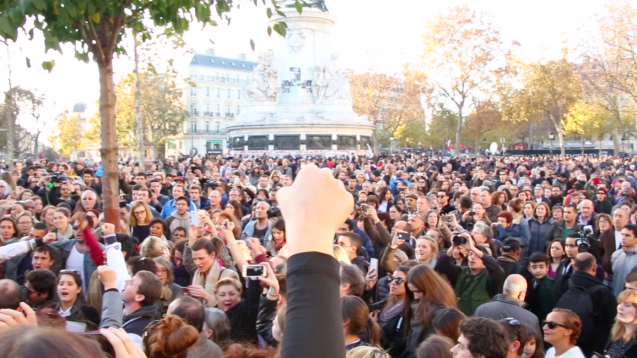 SMS
What Young Parisians Want The World To Know
By Zach Toombs
By Zach Toombs
November 16, 2015
The locals of the 11th district, where the attacks on Paris were focused, say they want to keep living as they did before.
SHOW TRANSCRIPT

We asked the young Parisians who live in the targeted 11th district what they want the world to know.

"I hope that Paris will stay the same. I really hope people keep going out, keep meeting friends."

"I never thought I would witness something like this in my city and more particularly at my window."

"It has been a really harsh time for people who lost, family or friends, etc. I think Parisians are very pleased and really thank the whole community for their support."

"I could say, if it's not like a real proper war, we're still in that kind of feeling of danger. We don't know when it could strike, who it can strike."

"In France, the country of liberty, it has to stop. It has to stop everywhere in the world."

"People want to try to live like they used to."

"I want to say, like, pray for Paris because it's a very random place where some people just got killed for no reason."