What You Should Know About Takata's Air Bag Recall 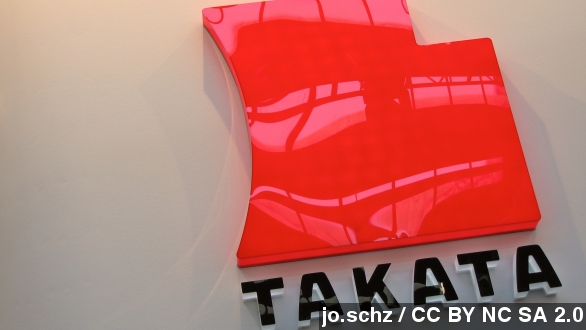 SMS
What You Should Know About Takata's Air Bag Recall
By Matt Moreno
By Matt Moreno
March 9, 2015
Some 24 million cars across 10 car companies are reportedly affected by the air bag recall.
SHOW TRANSCRIPT

Air bag maker Takata is staring down a massive lawsuit and recall but is still fighting to limit the amount of products that would fall under a widespread recall.

The National Highway Traffic Safety Administration is calling for a nationwide recall of the air bags, but Takata says only those in warm climates should be recalled, where, according to the company, the air bags are most likely to explode. (Video via Insurance Institute for Highway Safety)

A lawsuit filed on behalf of a man involved in an accident in Spring, Texas, detailed just how dangerous the exploding air bags can be.

According to Autoblog, the lawsuit alleges the man was stopped in a 2002 Honda Accord when he was hit by oncoming driver traveling under 30 miles per hour.

The suit says the crash was minor, but the man died when a piece of shrapnel from the air bag hit him in the neck.

The faulty air bags are being blamed for at least five deaths and multiple injuries.

"Instead of an air bag saving her, it nearly killed her," CBS reports.

"Instant blindness on my right side followed by gushing blood," said Stephanie Erdman of Destin, Florida.

Now, some 24 million cars across 10 car companies are reportedly involved. The National Highway Traffic Safety Administration, Takata and an independent company are testing the air bags to determine what exactly is going wrong.