What You Need To Know About The New Apple TV 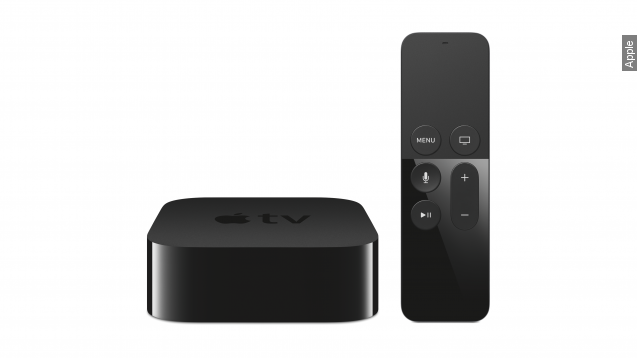 If you ordered an Apple TV as soon as it launched, it's likely you'll be receiving it today.

"The new Apple TV is a huge improvement over the old Apple TV in every single category," said Christina Warren in Mashable's Apple TV review.

Tech reviewers have spent about a week with the device and the overall sentiment seems positive: Apple TV is fast, it's easy to use and the new Siri functionality makes everything that much better. (Video via The Verge)

"Show me family movies, animated only. Just the new ones," said the narrator in an Apple TV advertisement.

Apple's new set-top box includes a remote with built-in microphones — you tap a button on the remote and ask Siri to find content for you. As Apple puts it, "Siri does the digging so you don't have to."

So when you wanted to watch, say, "The Flash" on Netflix, you'd have to navigate to the Netflix app and then search for the show.

"How is that even possible?" asked Barry Allen in The CW's "The Flash."

But Siri's universal search is only one part of the larger picture Apple is painting for the next generation of TV.

"We believe the future of television is apps," said Tim Cook at Apple's September press event.

Speaking of content apps, there's one you've just got to check out.

It's called Newsy — yes, we're on the new Apple TV! Newsy is featured as a Best New App, so you should be able to find us pretty easily. Catch up on all the latest news with the why, and let us know what you think.

If you haven't already ordered Apple's new set-top box, you can snag an Apple TV of your very own from Apple's online store.

This video includes images from Apple and Norio Nakayama / CC BY SA 2.0.