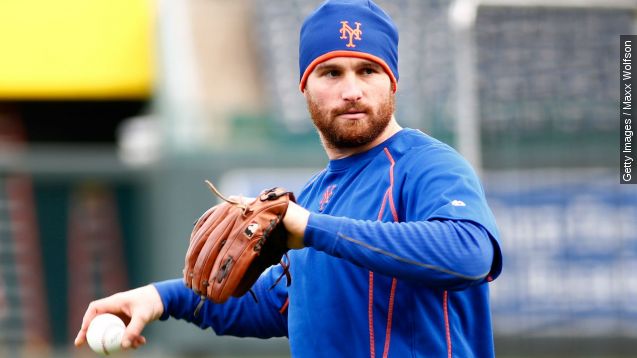 Back in March, Murphy told NJ.com he disagreed with Billy Bean's gay "lifestyle." The Westboro Baptist Church seemed to appreciate that.

They've tweeted affectionate Vines this week as Murphy geared up for the World Series.

Maybe they should have kept reading the interview. Murphy also said: "That doesn't mean I can't still invest in him and get to know him. I don't think the fact that someone is a homosexual should completely shut the door on investing in them in a relational aspect."

This stance is far less aggressive than the ones WBC often prints on its signs.

Regardless, it doesn't look like WBC likes Murphy enough to cheer him on during the games. The organization says it will picket Game 2 of the series because New York is in "daily defiance of God Almighty and his Word." (Video via Joshua Guerci)

Yes, the organization is protesting the state of New York while the teams are playing in Kansas City.