What We Learned About The F-Word This Week 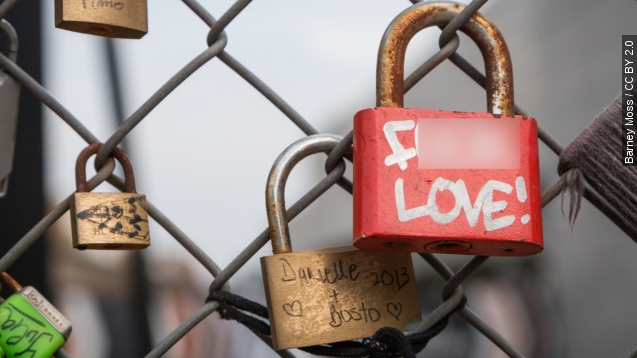 So, we've learned a few things about the F-word this week — besides how to sling it around at TV news presenters.

The F-word is having a moment and, like mature adults, we thought we'd highlight some stories about this oft-used vulgarity. We'll try to keep this clean.

For starters, the F-word might be older than previously thought. British historian Paul Booth of Keele University was scanning a court document from 1310 when he spotted the word in a peculiar place: a person's name.

"'Either it refers to an inexperienced copulator,' said Dr. Booth — British academics can make any word sound classy — 'or it's a rather extravagant explanation for a dimwit,'" NPR's Scott Simon said.

Our friend Roger was later outlawed, though it's uncertain whether that was for the name or a misdeed associated with his name.

Booth might've found one of the earliest instances the F-word, but researchers from another U.K. university studied more contemporary uses of the word.

Researchers from Queen Mary University of London conducted a Twitter study analyzing 10,000 users who followed left-wing or right-wing accounts. They found people who follow more liberal accounts are, well, more liberal with their language. They used "emotionally expressive" words like "happi," "like," "feel," "amaz," "s---" and — our familiar friend — "f---." (Video via Twitter)

People who followed more conservative accounts, on the other hand, were more likely to use language focused on topics like religion or national identity.

Whatever your political affiliation, using the f-word can be considered free speech, thanks to the First Amendment.

Connecticut resident William Barboza was reportedly pretty unhappy with a speeding ticket he got in Liberty, New York. So unhappy that on the mail-in form he used to pay his fines he wrote: "f--- your sh---- town b------."

That didn't sit well with the judge, who called him back to court a few months later. Barboza was arrested and jailed for a few hours. He later sued saying his arrest was unconstitutional and a federal judge ruled that he shouldn't have been arrested for his obscene message.

In Barboza's case, writing the F-word could even put some money in his pocket. According to Al Jazeera, a jury will now decide whether Barboza should get paid for damages.