What We Hope To See At The 2015 American Music Awards 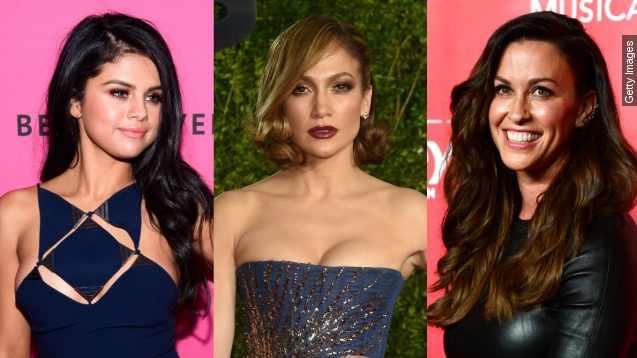 The 2015 American Music Awards are Nov. 22, and we're getting pretty stoked for the performances.

There are the legends like host Jennifer Lopez, who will also be performing, and Coldplay.

And the pop heavyweights like Ariana Grande, One Direction and Carrie Underwood.

It will be these performances where we will likely get some new Taylor Swift dancing GIFs.

The love triangle — aka Nick Jonas, Selena Gomez and Justin Bieber — will be in attendance and, really, we all just want to see Selena's reaction if the Biebs gets emotional on stage again.

We also want to see the likely amazing performances from Pentatonix, soul singer Leon Bridges and a duet by Demi Lovato and Alanis Morissette.

We're pretty pumped to see Pentatonix sing the "Star Wars" score and for Bridges' performance. And Lovato should be used to pairing up with singers we wouldn't expect.

The 2015 American Music Awards will air live Sunday at 8/7 CST on ABC.