What We Can Expect From The Newest 'Bachelor,' Ben Higgins 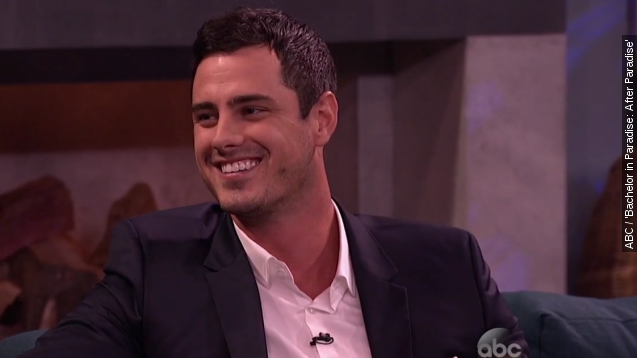 It's official — ABC has crowned its next "Bachelor," people. And the lucky guy is ...

"I think rejection is a fear that comes with anything."

After weeks of speculation, Chris Harrison finally confirmed Ben is the newest "Bachelor" during Monday's "Bachelor in Paradise: After Paradise."

"It's my pleasure to announce your new 'Bachelor!' Ladies and gentlemen, Ben Higgins!" (Video via ABC / "Bachelor in Paradise")

And, of course, Ben's more than ready for the experience. He told People, "I'm ready to share my life with somebody. And I'm not fearful of the idea of getting married. As soon as I can find that person, it seems like the better life will be."

OK, sounds like pretty much every other "Bachelor" in the franchise's history. So, can Ben really set himself apart here?

As we saw during his time on "The Bachelorette," Ben is direct and sincere. There definitely won't be any vill-ing from this one. But as Entertainment Weekly points out, being a good guy has its pros and cons. (Video via E!)

"On the one hand, there’s a chance things could get boring. But there’s also the chance that he could become the next Sean Lowe, who went into his season as the good guy and came out of it as one of the most beloved Bachelors in history."