What To Know About Sen. Menendez's Corruption Allegations 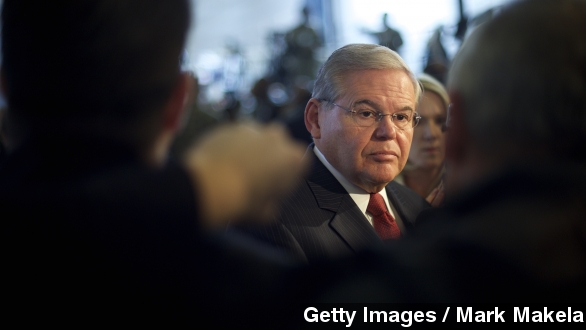 "This is a case that's been going on for several years," CNN reporter Evan Perez said.

CNN reported exclusively Friday that the U.S. Department of Justice plans to bring charges against Menendez for allegedly using his office to provide favors to and receive gifts from a political benefactor. Here's what you need to know:

The investigation into Menendez first started in 2012 when conservative blog The Daily Caller posted a video of an interview with a prostitute who said she was paid to sleep with Menendez while he was in the Dominican Republic.

That claim was never proven and other prostitutes who made similar statements later recanted. But during their investigation into those allegations, the FBI started to take an interest in Menendez's relationship with Florida eye doctor and political donor Salomon Melgen.

"The doctor is accused of taking Sen. Menendez on free trips to the Dominican Republic," WPTV reporter Katie Johnson said.

Melgen is from the Dominican Republic and is believed to have cozied up to Menendez with gifts and political donations.

For his part, Menendez is accused of aiding the financial interests of Melgen in at least two ways: by intervening in a dispute between Melgen and health care officials over Medicare payments and by urging officials in the Dominican Republic to honor a contract with another one of Melgen's companies. (Video via Office of U.S. Sen. Robert Menendez)

Menendez is the ranking member of the U.S. Senate Foreign Relations committee. In his exclusive report, CNN's Evan Perez reported charges could come in the following weeks, but prosecutors are under pressure because of the statute of limitations on some of the allegations against Menendez.

And The New York Times reports prosecutors could face another challenge in levying charges against Menendez. "The case will most likely involve a legal fight over when a senator's activities are shielded from prosecution under the Constitution's speech-or-debate privilege, which prohibits federal agents from using their law enforcement powers to interfere with the lawmaking."

Menendez has denied any wrongdoing. A spokeswoman for his office said Friday Menendez hasn't committed any crimes and the facts will prove that.