What To Expect When A Category 4 Hurricane Makes Landfall 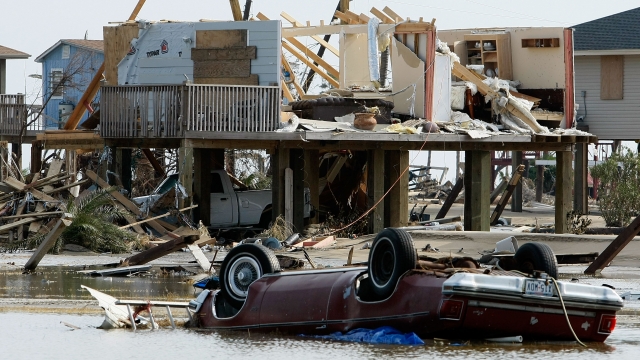 In just a few short days, Hurricane Matthew has become the strongest storm to form in the Atlantic in nearly a decade.

Matthew is eyeing the southeastern U.S. as its next target.

According to the National Hurricane Center, Matthew is expected to hit the coast as a Category 4 storm.

Experts predict "catastrophic damage" and any area it touches could be uninhabitable for weeks. Past Category 4 hurricanes seem to validate the concerns.

If Matthew does make landfall at Category 4 strength, expected damage includes the destruction of homes and buildings, fallen trees, and downed power lines.

Hurricane Hugo hit the East Coast in 1989. When all was said and done, it killed 21 people and caused $7 billion worth of damage.

Hurricane Charley in 2004 left 10 dead in the U.S. and caused about $15 billion in destruction after making landfall.

Twenty people died as a result of 2008's Hurricane Ike, and 34 are still missing years after the major storm. On top of that, it caused $19.3 billion in damage.

As for Hurricane Matthew, the storm's strong winds, torrential downpours and flooding have already killed dozens of people and caused major damage in the Caribbean.