What To Expect From The 'Overwatch' Beta 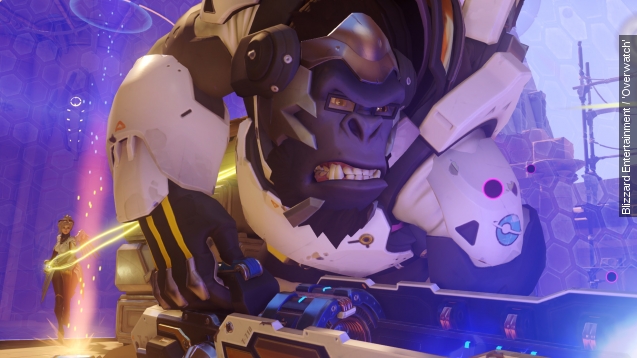 SMS
What To Expect From The 'Overwatch' Beta
By Evan Thomas
By Evan Thomas
October 16, 2015
FPS and MOBA players should be comfortable with Blizzard's newest IP.
SHOW TRANSCRIPT

The company is probably best known for the "StarCraft" and "World of Warcraft" franchises. Also "Diablo" and, more recently, "Hearthstone" and "Heroes of the Storm."

But this is the first time it's tried its hand at a class-based shooter, and it will be taking on a certain hat-wearing juggernaut. (Videos via Valve Software, Blizzard Entertainment)

It's hard not to see the cues "Overwatch" took from Valve's "Team Fortress 2," which arguably popularized the genre and set the very serious aesthetic standard that "Overwatch" shares. (Video via Valve Software)

"It seemed very mechanically driven. We saw turrets, we saw teleporters, we saw a medic, we saw a sniper with a bow and arrow and a sniper rifle. A lot of similarities, a lot of ingredients on the surface shared there with 'Team Fortress 2,' but that's not necessarily a bad thing," said PC Gamer's Evan Lahti.

For what it's worth, "Overwatch's" devs say they love the comparisons — but also say they're apples and oranges. "Overwatch" has more classes than "TF2," less customization, and no hats. (Video via Valve Software)

Blizzard has been adding characters at a decent clip: the roster was up to 18, at last count.

They're divided into offensive, defensive, tank and support categories, much like those of "TF2," but Blizzard says it's avoided mechanics like hard counters or weapon swapping. (Video via Valve Software)

Instead, each character has a collection of unique abilities — which should be familiar to anyone who's logged time in a modern MOBA. (Video via Blizzard Entertainment)

As for gameplay: Feedback from early testers indicates maps are a bit chokey right now, and some of the classes feel even less durable than one might expect. (Video via Blizzard Entertainment)

And some found while the game is polished, it's not necessarily groundbreaking. Anyone who's played a modern shooter — and especially a modern class-based shooter — will feel right at home, for better or for worse. (Video via Blizzard Entertainment)

Some of this could change during "Overwatch's" two-stage beta. The first is a more limited closed test Blizzard will use to gather feedback on the aforementioned class balance and map design. (Video via Blizzard Entertainment)

The second is a good old-fashioned server stress test, where Blizzard will open things up to more players over certain weekends to see how the network holds up under all that laserfire. (Video via Blizzard Entertainment)

You can register for the beta lottery on Blizzard's BattleNet website. A full release date has yet to be announced.