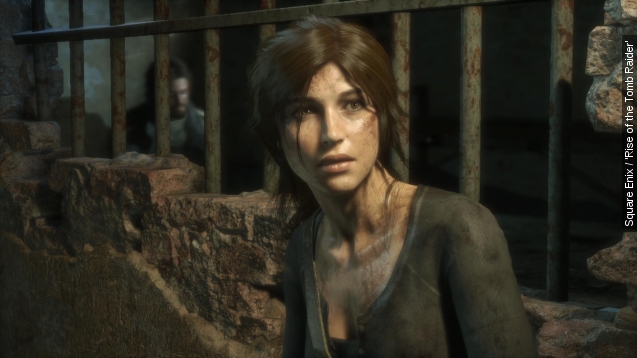 It's been a good couple of weeks for Lara Croft. Fresh off the release of her new, well-reviewed video game "Rise of the Tomb Raider," The Hollywood Reporter reports gaming's premier female action hero is finally seeing some progress on the reboot of her movie. (Video via Square Enix / 'Tomb Raider')

After 5 years and multiple re-writes, Norwegian director Roar Uthaug has signed up to take on the flick. This will be his first English-language film ever. (Video via ScreenSlam)

If you're like me, you are probably over Hollywood's "lather, rinse, repeat" policy when it comes to making movies but Croft has had some good luck with reboots in the past, and this one could hold some true promise as well. Let's explore.

Since the first "Tomb Raider" debuted in 1996, Croft has enjoyed iconic status as one of gaming's rare smart, strong female protagonists. She's also enjoyed a less savory reputation as gaming's default sex symbol — something that only got worse as graphics got better. (Video via Eidos Interactive / 'Tomb Raider')

"He's a very dangerous man when his interests differ from yours," a character says in "Tomb Raider: Legend."

"You'd be amazed with how persuasive I can be, even with dangerous men," Croft answers.

And when it came time to bring Lara to the big screen, she brought that baggage with her. (Video via Paramount Pictures / 'Lara Croft: Tomb Raider')

"A lady should be modest," a character says in the one of the scenes more naked scenes.

"Yes, a lady should be modest," Angelina Jolie says as the titular character.

Fast forward to 2013, when the franchise got a long-overdue overhaul. (Video via Square Enix / 'Tomb Raider')

"The extraordinary is in what we do, not who we are," Lara Croft said in the debut trailer.

The video game's reboot returned to Lara before she was the tomb raider we all know and love. It was grittier, darker and frankly, featured Lara wearing more clothes. The executive producer told Kotaku, "Gone are her ridiculous proportions and skimpy clothing. This Lara feels more human, more real. That's intentional." (Video via Square Enix / 'Tomb Raider')

And it worked. In April, PC Gamer reported 8.5 million copies were sold. With numbers like that, its no wonder the movie is moving out of production purgatory. (Video via Square Enix / 'Tomb Raider')

And depictions of female action heroes have changed as well — strong leading heroes like Katniss and Tris have dominated the box office. Now that the "Tomb Raider" franchise is returning to Croft's origin story, it has the opportunity to do what the games did a few years back — strip out the pandering and titillation and give us a gritty, complex reboot worthy of such an iconic character.(Video via Square Enix / 'Tomb Raider')

This video includes images from Getty Images and Lionsgate.