What The Title Of The Next 'Green Lantern' Movie Might Mean 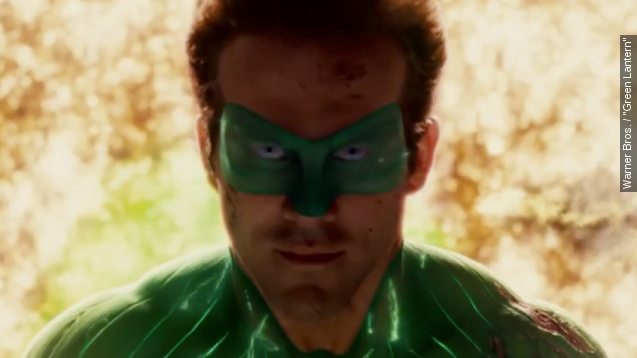 There haven't been a lot of huge announcements coming out of Comic-Con thus far, so you will have to forgive us for getting excited over a movie that isn't coming out until 2020.

In addition to dropping an exciting new, "Batman v. Superman" trailer, Warner Bros. and DC revealed at their panel Saturday the next Green Lantern movie will be called "Green Lantern Corps."

In case you forgot, there was already a "Green Lantern" film in 2011 starring Ryan Reynolds. It was a disaster. Critics and fans hated it, and it stands as the exception to the "superheroes always win at the box office" rule.

But Warner Bros. is wisely throwing that film out the window and starting over. So with that knowledge, coupled with the new film's title, we can get some idea of what we can expect from the next film.

First off, the movie's name suggests it's going to be focused on a team of Green Lanterns rather than just one. In the comics, they are pretty much space cops. (Video via Warner Bros. / "Green Lantern: Emerald Knights")

So it's possible that after the folks at DC saw the success of Marvel's "Guardians of the Galaxy," they might be more willing to take one of their movies into space instead of just blowing stuff up on Earth.

And seeing as this film is a reboot, for the sake of variety we hope they go with a different Green Lantern than the one Reynolds portrayed — Hal Jordan.

DC and Warner Bros. have plenty of options but we are kind hoping for Jon Stewart. He was DC's first major black superhero when he first appeared as Jordan's replacement. (Video via DC Entertainment)

Tyrese Gibson was already trying to throw his name into the running way back in January, but there have been some rumors that Chris Pine is being eyed for the role.

Pine going up for the role makes it seem like DC is going to go with Hal Jordan again but if this is a team-up movie they potentially could have both characters.

We just hope DC doesn't do what Marvel and Sony did: when it decided to reboot Spider-Man for a third time, the company stuck with Peter Parker instead of choosing a fresh character. There is only so many times we can watch the same origin story.