What The Charter, Bright House Deal Means For Cable 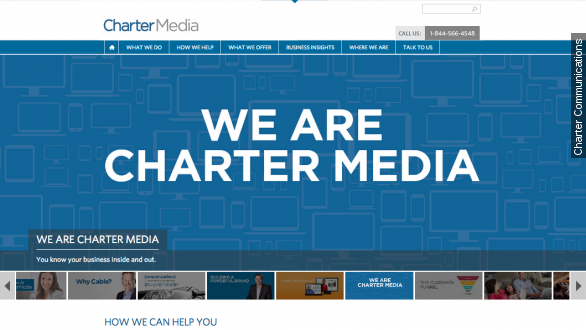 The number of cable providers across the U.S. is getting a little smaller, with cable giant Charter Communications now saying it's buying out rival Bright House Networks.

Tuesday, Charter announced the two companies had come to a "definitive agreement," with Charter paying $10.4 billion in cash and stock for Bright House. (Video via Charter Communications)

Prior to the deal, Bright House was the sixth largest cable provider in the U.S., with about two million customers across Florida, Alabama, Indiana, Michigan and California. (Video via Bright House Networks)

Charter was fourth, but the new acquisition will move it up the list.

Charter CEO Tom Rutledge said in a press release, "This acquisition enhances our scale, and solidifies New Charter as the second largest cable operator in the US."

The deal comes at a time when pay television services are rapidly consolidating.

Similarly, AT&T announced its purchase of satellite-provider DirecTV in in May 2014. (Video via AT&T, DirecTV)

Both of those deals are still pending approval from regulators, but could indicate the direction the industry is moving.

As one industry analyst told The Wrap after Comcast announced it was buying Time Warner Cable, "(The deal) certainly forces the rest of the cable industry to consolidate. Nobody else is in a position to bid like they can; they annihilated the bidders."

And as this Wall Street Journal chart shows, that's kind of been the case for the past 20 years, with the TV-cable provider landscape continually narrowing into four main companies.

What's pushing the recent consolidation is a familiar foe for cable: streaming companies like Netflix and Amazon Prime stealing customers.

As The Huffington Post noted earlier this month, "The number of U.S. households that have broadband Internet but don't subscribe to TV grew to more than 10.5 million in the third quarter of 2014, up 16 percent over the same period in 2012."

Charter's stock was trading about $12 higher per share Tuesday. The deal will still require regulator and shareholder approval before it can go through.

This video includes an image from flash.pro / CC BY 2.0.