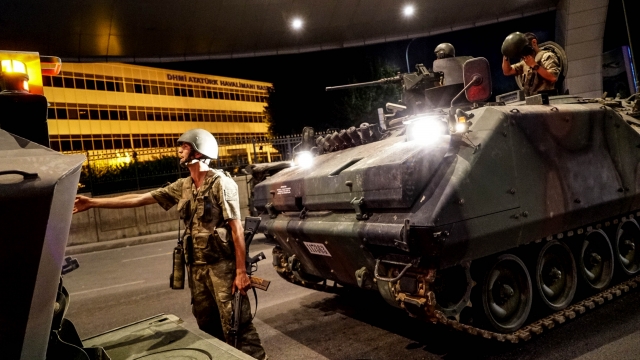 SMS
What The Attempted Coup In Turkey Could Mean For The War Against ISIS
By Eugene Daniels
By Eugene Daniels
July 15, 2016
The uprising could threaten the country's ability to aid in the fight against the terrorist group.
SHOW TRANSCRIPT

The chaos in Turkey is a matter of national security for the U.S. because of one thing — the fight against ISIS.

Turkey is a vital ally for the U.S. in that fight. It borders Syria and has given the U.S. access to some of its bases, allowing the U.S. to conduct more airstrikes against ISIS.

So the attempted coup couldn't come at a worse time. Even if it fails, a military just beginning to ramp up the fight against ISIS would then have to expend vital resources to make sure another uprising can't happen again.

And if he keeps his job, Turkey's president is likely to try to weaken the military's power to prevent any more challenges to his rule. Personnel purges will make the fight against ISIS tougher for both Turkey and the U.S.