What Should You Do With Your Old Electronics? 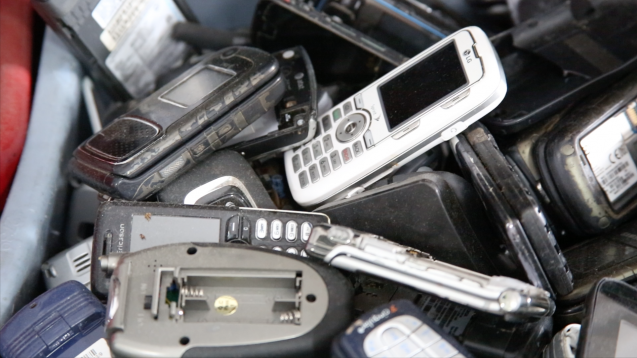 SMS
What Should You Do With Your Old Electronics?
By Leah Becerra
By Leah Becerra
August 24, 2015
Instead of throwing away old electronics, there are other — better — things that can be done.
SHOW TRANSCRIPT

Here’s a question: "What can one do with all their old laptops, PCs, hard drives?" - Gary D.

There are three things people should, at least, attempt to do with their old electronics: Donate them, get them refurbished or recycle them.

The goal of doing any of these things is to minimize the amount of electronics that are thrown away. Because those devices contain harmful chemicals, like lead, mercury, cadmium and even arsenic. And disposing of them inappropriately means the chemicals can get into the earth’s groundwater supply and even the air — eventually we're going to drink that and breath that.

It’s hard to say how much e-waste is actually disposed of improperly because it’s just a difficult thing to measure.

But in 2009, the EPA said 2.37 million tons of electronics were “ready for end-of-life management” — which is a fancy way of saying the electronics would likely be tossed. Of that figure, it’s estimated that only 25 percent were recycled.

That means a whole lot of computers, TVs, cell phones and more, ended up in landfills that year. And even going forward the EPA says 2 million tons of electronics or more are disposed of improperly every year.

And there’s really no excuse for that number to be so high. Electronics stores like Best Buy and Staples have programs that will recycle your old electronics at no cost. Sites like Ebay and Amazon will pay you for your slightly outdated phones. And even churches and schools will occasionally have e-waste drives where they collect what you no longer want.

But let’s look at one very specific area that’s been, by some estimates, the biggest contributor to this ongoing problem: cell phones.

And that might be because the average person doesn’t like to keep their phone for very long. An analyst with Gartner says consumers tend to upgrade handsets about every 18 to 20 months.

Now, there’s no shame in wanting new tech. Just be sure that before you upgrade, you know what you’re going to do with the old tech so that it doesn’t end up in a landfill.