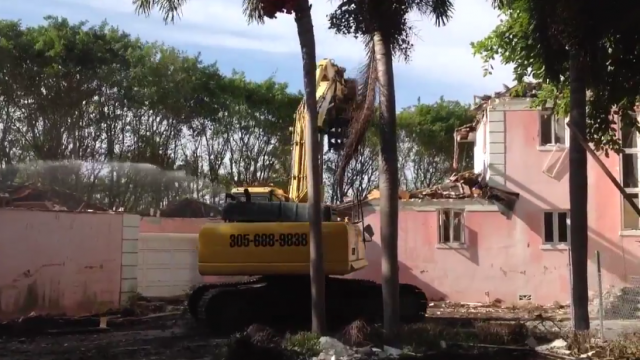 Today, he exists only in documentaries and on Netflix, but Pablo Escobar and his drug-dealing empire were real. And today, construction crews tore down another piece of Escobar's history in Miami Beach.

The new owners of this waterfront property knocked down the drug kingpin's former home with plans to build a new house in its place.

Before it was demolished, the new owners of the home found what authorities believe was a sack of cocaine and a safe hidden under the marble floor. The safe, which presumably belonged to the cocaine cowboy, was stolen from the house shortly after it was discovered.

Treasure experts had also searched the multimillion-dollar home for more potentially hidden valuables — and for good reason. Escobar was reportedly responsible for 80 percent of the global cocaine market at one time and brought in an estimated $420 million per week.

Authorities say they aren't sure how much time Escobar spent living in Miami Beach, even though he owned the home. The current owner bought the abode for $9.6 million in 2014.