What's So Exciting About Gravitational Waves? 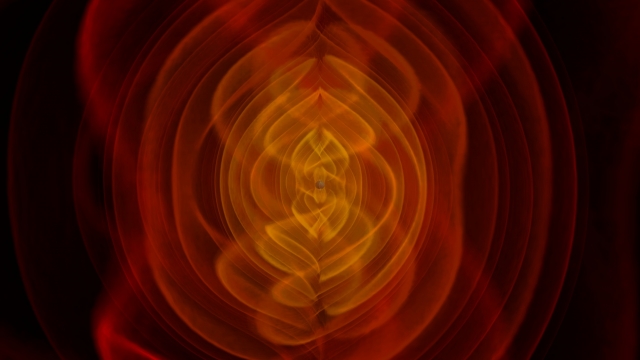 Thursday's announcement that astronomers have detected gravitational waves for the first time definitely got scientists excited.

But it might not be obvious exactly what the discovery means. Yes, it confirms a 100-year-old prediction by Albert Einstein, but what is it good for?

To see the potential, you have to know a bit about how gravitational waves work and why they're so different from everything we've used to observe the universe up to this point.

Our telescopes rely on light — light in the broadest sense, meaning electromagnetic radiation.

Radio telescopes detect light in one part of the spectrum, gamma ray telescopes detect another part. There are other kinds of instruments out there, like neutrino detectors, but for the most part it's all light.

Gravitational waves aren't light. They're ripples in the fabric of space-time, spreading out from some of the most powerful events in the universe and bringing information with them.

The closest analogy is the human sense of hearing. Scientists were able to "listen in" as two black holes collided. The little chirps they heard are the first pieces of data from what's been dubbed "gravitational wave astronomy."

Even this first signal could give physicists new insights into how the universe works, and the same equipment has reportedly already heard several more.

So a big part of the excitement surrounding the discovery of gravitational waves is that they are a new tool that can be used to discover other things. The project is already expanding, too, with additional listening stations being set up in Italy and throughout Asia.

This video includes clips from NASA, the National Science Foundation, Fermilab and the California Institute of Technology.