What's Rarer Than A Blue Moon? A Strawberry Moon On Summer Solstice 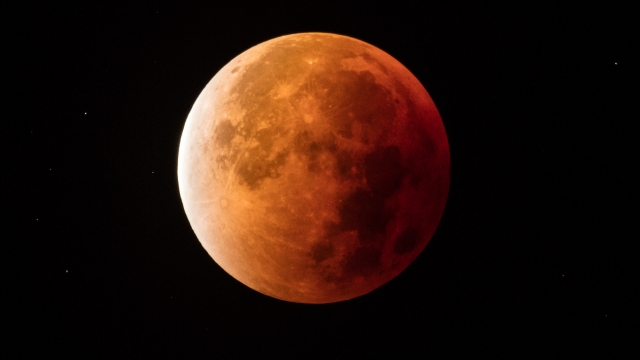 SMS
What's Rarer Than A Blue Moon? A Strawberry Moon On Summer Solstice
By Grant Suneson
By Grant Suneson
June 19, 2016
A strawberry moon is a full moon in the month of June. And this year, it happens to fall on the summer solstice.
SHOW TRANSCRIPT

When something happens rarely, we say it occurs once in a blue moon. But it turns out, there's another moon that's even rarer, and it's going to appear in the night sky very soon.

On Monday, June 20, you can look up to the night sky and see a strawberry moon. That's a full moon in the month of June. But what's rare is this year, it happens to fall on the summer solstice.

The strawberry moon got its name from Algonquin tribes that saw the first full moon of the summer as a signal that it was time to gather the fruits around them.

The strawberry moon was a cause for celebration in other countries as well. But since strawberries didn't originally grow in Europe, people there called it the full rose moon. It's also known in various places worldwide as the hot moon, honey moon and long night moon.

About 25,000 people are expected to gather at Stonehenge for this year's strawberry moon. Stonehenge is thought to be somehow related to the changing of the seasons because the sun aligns with the monument only on the summer and winter solstices.

The moon you'll see Monday could be a once-in-a-lifetime event, because it is extremely rare for a full moon to coincide with the summer solstice.

But you won't have long to take in the event, since the summer solstice is the longest day of the year. The moon will rise and set at different times depending on where you live, but it will be in the sky for about nine hours.

If you can't get outside to take in the rare cosmic coincidence, the Farmer's Almanac is planning to host a live stream of the moon from an observatory in the Canary Islands.

Correction: A previous version of this video incorrectly defined the strawberry moon as a full moon that falls on the summer solstice. This video has been updated.