What's Next For Pulse Nightclub? 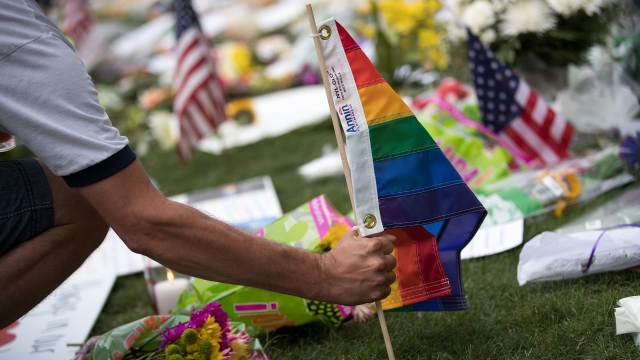 SMS
What's Next For Pulse Nightclub?
By Ben Lawson
By Ben Lawson
June 15, 2016
The owner of Pulse says the club will reopen, but that isn't what always happens to places where mass shootings took place.
SHOW TRANSCRIPT

The owner of Pulse, the nightclub in Orlando, Florida, where 49 people lost their lives in a mass shooting Sunday, told NBC's Matt Lauer the club will open its doors again one day.

A professor in disaster mental health at Tulane University said reopening the club is "therapeutic and it connects people."

The decision to continue on with business as usual isn't an uncommon one after a community is rocked by a tragedy like this.

The church in Charleston, South Carolina, where nine people were killed last year, held Sunday services a week after the shooting.

And the Century Aurora 16 movie theater in Aurora, Colorado, where 12 people were killed in 2012, is back to business as usual.

But not all communities react to tragedies in the same way. After the shooting in San Bernadino, California, at the Inland Regional Center, the building that houses the conference room where 14 people were killed earlier this year remains closed.

After 12 people were shot dead at the Washington Navy Yard in 2013, the building where the attack took place underwent $63 million in renovations to change its appearance and add a memorial for the victims.

And voters in Newtown, Connecticut, decided to tear down Sandy Hook Elementary School, where 20 students and six faculty members were killed in 2012. A new school is being constructed in its place.

This video includes clips from Orlando Sentinel, Florida Today and CBS, and images from Getty Images.