What's Next For Augmented Reality After 'Pokémon Go'? 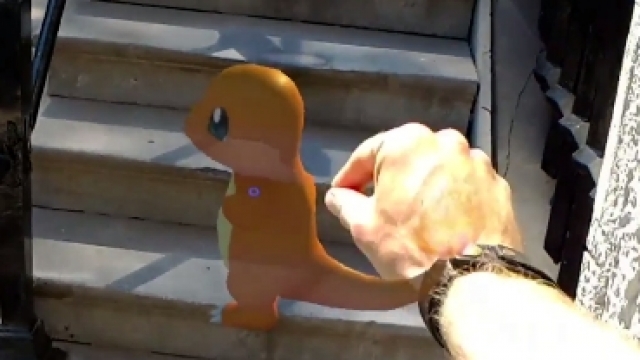 SMS
What's Next For Augmented Reality After 'Pokémon Go'?
By Ben Lawson
By Ben Lawson
July 24, 2016
"Pokémon Go" could be the key to augmented reality's success.
SHOW TRANSCRIPT

Now, this is how you play "Pokémon Go."

Companies have started creating demos for the game using the Microsoft HoloLens. It lets you see and catch Charmanders in the real world without having to look through your phone.

"This Pokémon interest will hopefully translate into a lot of interest in HoloLens," Microsoft CEO Satya Nadella said.

And the game's smashing success has some wondering if it will be the killer app that takes augmented reality into the mainstream and maybe even usurp virtual reality as the next big thing.

SEE MORE: The Virtual World Of 'Pokémon Go' Is Already Reshaping The Real One

The game could be considered rudimentary AR, at best. But basic or not – it exposed an estimated 30 million users to the concept of interacting with computer-generated images over a real-world environment.

It wouldn't be that much of a jump for places like art museums to start presenting more detailed information about their displays in AR, and the examples could go on.

But whether or not that means people are willing to strap a bulky headset to their face in public is another story.

One of the most common complaints about Google Glass was how awkward it was in social situations, and Google eventually went back to the drawing board for the product.

Plus, AR headsets have been called too expensive at the moment to be more than a niche product.

So AR might be restricted to our phones, at least for now, but it seems likely we will see more AR games and other apps popping up in app stores in the near future.

This video includes clips from The Pokémon Company, Microsoft and Google and an image from Getty Images. Music provided courtesy of APM.