What's Next For Ann Curry After Leaving NBC News? 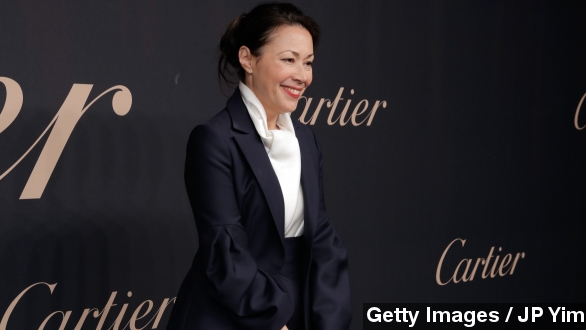 Ann Curry is cutting ties with NBC News after 25 years with the news organization.

After being ousted as one of the lead anchors for NBC's "Today" show in 2012, it was reported Curry would be a national and international correspondent for the network.

But Curry didn't end up getting used that much.

Then-New York Times TV critic Brian Stelter was the first to suggest Curry's firing might have had something to do with co-host Matt Lauer. He pointed out Curry wasn't used in NBC’s coverage of the 2012 election night or during President Obama's 2013 inauguration.

In fact, when NBC sent Curry to Iran in 2014, it was considered a pretty big deal simply because she hadn't been given a whole lot of screen time recently.

"Ann has been unhappy for a long time because she's basically doing nothing, while NBC is unhappy that she has been paid a lot of money to do nothing," an NBC source told Page Six.

Curry reportedly ended her $12 million-a-year contract with NBC News to pursue a deal with NBCUniversal, which will give her the money to back her own media startup.

People quoted a statement from Curry saying: "I am excited about working to become a valuable link between traditional media and what is to come. In today's world of fragmented media, this is the time to seize the opportunity to improve the way we distribute and even tell stories."

NBC is said to be one of a variety of news outlets Curry's new production company will provide news reports and documentaries for.