What's Killing Us? WHO Blames 1 In 4 Deaths On 'Unhealthy Environment' 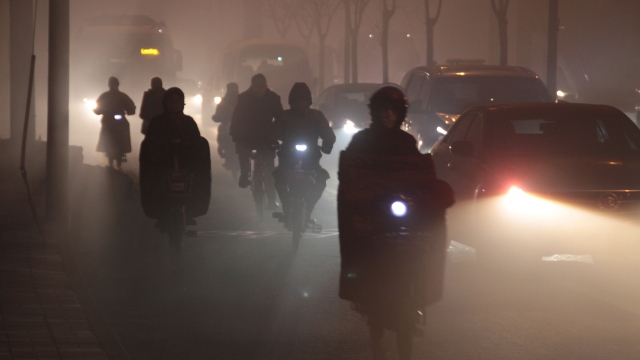 A World Health Organization study says "unhealthy environments" are linked to an estimated 12.6 million deaths every year and that countries aren't doing enough to stop the problem.

According the WHO report, factors like chemical exposures, climate change and pollution in air, water and soil are to blame.

The report's data is from 2012, but the organization is using it to represent a yearly trend.

Air pollution was linked to the most deaths, especially in southeast Asia and the Western Pacific.

The Department of Environmental Health chair at Harvard University said: "Pollution comes from combustion, and we're burning fuels to produce energy, to produce heat, to drive our cars. All the things we think about in terms of our day-to-day life contribute to this."

Air pollution is happening both indoors and out and is linked to cancer, heart disease and other respiratory diseases, which cause 8.2 million deaths every year. This is higher than other organizations' previous estimates.

Certain fuel types commonly used to cook can create residue inside a home. And secondhand smoke is also contributing to poor air conditions.

WHO is proposing solutions, like improving commuter transportation and banning tobacco.

However, malaria and other infectious diseases are declining thanks to better health care and water access but are still killing hundreds of thousands of people.