What's It Take To Host The Democratic National Convention? 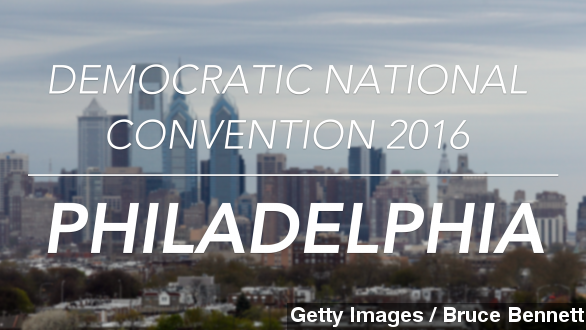 SMS
What's It Take To Host The Democratic National Convention?
By Jake Godin
By Jake Godin
February 12, 2015
The DNC has tapped Philadelphia as its host city for the 2016 presidential convention. So what did Philly do that other cities didn't?
SHOW TRANSCRIPT

What's in a city?

Philadelphia: home to the Liberty Bell and, coming in 2016, the Democratic National Convention.

Philly beat out both New York City and Columbus, Ohio, to host 2016's DNC. But what makes the City of Brotherly Love so special?

Turns out there's a lot that goes into picking the city that'll show off your party's presidential hopeful.

Here's how the DNC's chairwoman explained the choice in a press release, "Philadelphia’s deep-rooted place in American history provides a perfect setting for this special gathering."

Meanwhile, Philadelphia billed itself as historic, easy-to-get-around and successful with previous conventions. The city also said it's located in a well-established swing state during presidential elections. (Video via City of Philadelphia)

It's the combination of location, size and infrastructure that "Time"'s Alex Altman says helped Philly lock in its place as the DNC host city. The others just had too many drawbacks.

Like Philadelphia, Columbus is located in an important battleground state. But at a little more than 820,000 people, it was also the smallest city of the three contenders, leaving questions as to whether it could accommodate the convention's attendees.

The fact that Republicans tapped Cleveland, Ohio, as the host city of their national convention may have also soured the prospects of Columbus. The city raised $68 million for the spot and promoted its own accommodations and walkability.

That, and New York City Mayor Bill de Blasio's strained relations with the city's police may have also contributed to the Big Apple being ruled out. The last thing Democrats would want is another flare up between both sides in the middle of the convention.

So, picking the right city for a political convention is all about location, accommodation and ease of navigation. And, of course, avoiding bad press.