What's Behind This Big Bounce In Injuries At Trampoline Parks? 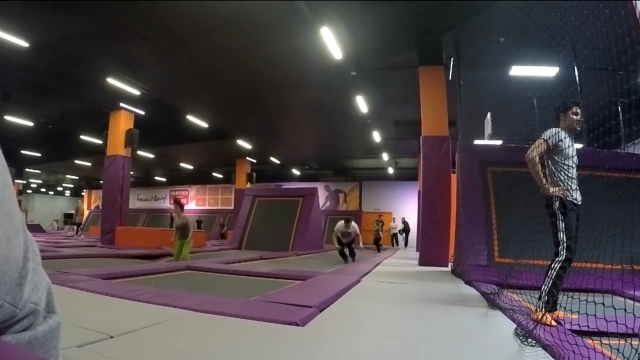 As any kid or fun-loving adult will tell you, trampoline parks can be pretty fun.

But they can be dangerous, too. According to a new study, injuries at trampoline parks in the U.S. are increasing at an alarming rate.

After analyzing emergency room reports from a national database, researchers at Connecticut Children's Medical Center found the number of ER visits for trampoline park-related injuries skyrocketed from less than 600 in 2010 to nearly 7,000 in 2014.

That's a 12-fold increase in injuries, such as sprains and fractures, sustained at the parks alone.

So what's behind this massive leap? It could have something to do with how popular trampoline parks are becoming.

The International Association of Trampoline Parks estimates there were roughly 345 parks open around the country at the end of 2014, up from just 25 in 2010.

And there were roughly 50 million visits to North American parks in the past year.

But it's important to note most trampoline-related injuries occur at home. According to the study, almost 92,000 home trampoline injuries were reported each year between 2010 and 2014.

This video includes clips from David Zavadzki / CC BY 3.0, Ohio Development Services Agency and W2SPlays / CC BY 3.0 and an image from Getty Images.