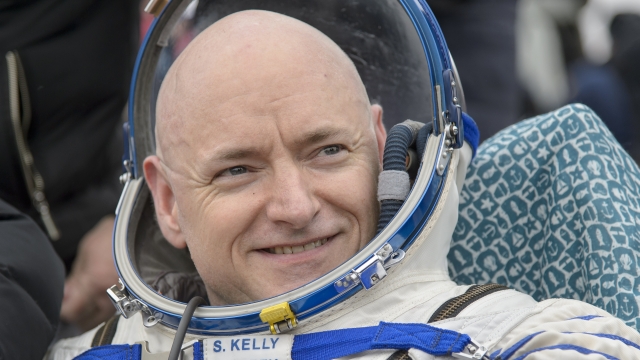 NASA astronaut Scott Kelly just got back from a year in space, and his next plan is to retire. So what's next?

Kelly says he's not done with space, but hasn't mentioned any concrete plans for his post-astronaut life. But he's hinted at what he might do.

There's always the possibility of going into the private sector. Kelly told reporters, "I think there [are] a lot of exciting possibilities out there. ... They might need a guy like me someday."

That's not super unusual. Many non-military astronauts get snapped up by the likes of Boeing or SpaceX because of their experience and their network contacts.

But, he's definitely not done at NASA yet. Unlike other jobs where retiring means you're done with your former employer, it seems like Kelly is still going to be pretty involved at NASA.

Kelly and his twin brother, Mark Kelly, who's also a former NASA astronaut, are participating in a twin study at NASA for up to a year.

Twin studies are incredibly important to scientific research because it lets scientists measure the influence of outside forces on two genetically identical people. Basically, it's the classic nature vs. nurture debate, but in space.

In this case, NASA hopes to learn the effects microgravity has on physiology, behavioral health, microbiology, our gut's microbiome and our bodies at the molecular level.

NASA is looking for major differences between the two twins — like if genes express themselves in different ways or if there are changes in cognitive performance or in immune system function.

All of this is in preparation for possible manned missions to Mars on the Orion spacecraft in the future — a mission, which — if it happens — could last at least three years.

NASA says the data from the Kelly twins is important for identifying changes that need to be made in research, as well as safety on future missions — even if the sample size is just two people.

This video includes clips from NASA and Space X and images from Getty Images and NASA.