What's Ahead For The Few Who Make NASA's 2017 Astronaut Class? 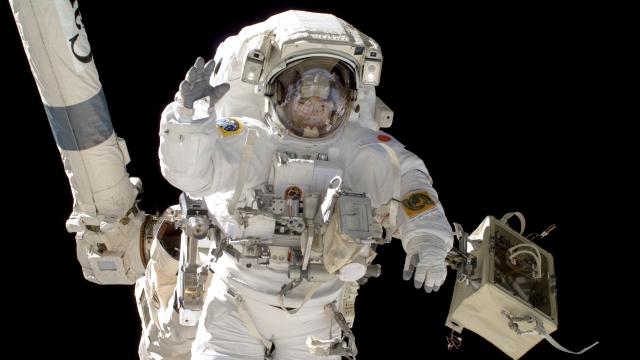 SMS
What's Ahead For The Few Who Make NASA's 2017 Astronaut Class?
By Ethan Weston
By Ethan Weston
February 20, 2016
A record 18,300 people have applied to be NASA's newest astronauts.
SHOW TRANSCRIPT

It seems a lot of people haven't let go of that childhood dream of becoming an astronaut. A record number have applied to join NASA's 2017 astronaut class — over 18,300.

That's more than twice as many as the previous record of 8,000 applicants in 1978. And almost three times as many hopefuls in the most recent class.

Next, a review board will look at all the applicants and call the most qualified ones in for interviews. So it's kind of like applying for any other job — except if you're one of the eight to 14 people chosen, you get to go to space.

While most on-the-job office training might take a week or two, new astronauts have two years of training.

If you're wondering what qualifies someone to be an astronaut, a few things NASA looks for are a degree in engineering, science or math; at least three years of professional experience or 1,000 hours of pilot time in a jet aircraft; and the ability to pass NASA's long-duration space flight physical.

Oh, and teaching experience, even at the K-12 level, is considered qualified experience.

And NASA says a few of the new astronauts could end up on the future Orion spacecraft, which will carry astronauts farther into space than humans have gone before.

At first, the 2017 class will probably only be going to the International Space Station. But hey, that's still space, and that's pretty cool.

This video includes clips from NASA and images from Getty Images.