Google's Most Popular Thanksgiving Searches Are All About Food 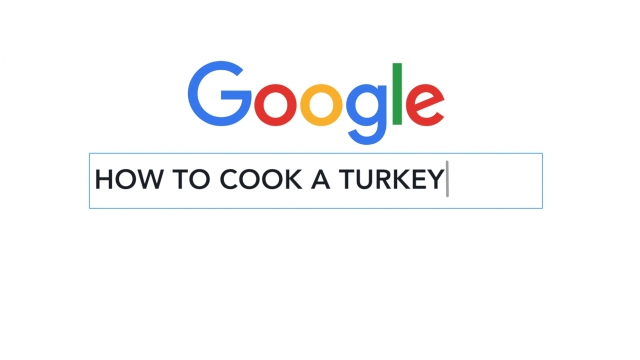 Thanksgiving is almost here, and if Google searches are anything to go by, plenty of Americans preparing to cook one heck of a holiday dinner.

First up: the turkey — specifically, how to cook it.

According to search trends Google released a week before turkey day, the most popular ways to cook the bird seem to be roasting or smoking it.

SEE MORE: So You Want To Bring A Turkey On An Airplane ...

But there are a few states where frying the turkey appears to be the cooking method of choice. Maybe it's a Southern thing?

But it seems that not all Americans will be eating turkey on Nov. 24. Google revealed the fourth most-searched Thanksgiving recipe is for prime rib.

Most of the country is on the same page when it comes to Thanksgiving dessert. Pumpkin pie is the clear favorite in almost every state.

What holiday errands are left for the last minute? Apparently, the alcohol run. Searches for a nearby wine or liquor store were the most common in over half of all states.

But people in California might be living on the wild side.

They — along with residents in Montana, West Virginia and Hawaii — all are searching for the nearest meat counter.

Pro Thanksgiving tip: Purchase your turkey at least a day ahead in case stores sell out. You don't want to end up being that relative who screwed up the big dinner.